I officially signed up for Script Frenzy 2010 two days ago. It would be an understatement to say I'm stoked and ready to rumble...or write, take your pick.

I've had this quirky idea for a feature length romantic comedy and its been brewing in the back of my head for a while now. I generally write a lot of of sci-fi...I mean A LOT. I have three feature screenplays all in the science fiction genre so this round of Script Frenzy is going to make for one crazy April. I'm stepping out of my comfort zone and trying something entirely new...sorta...The genre is fresh, but the storyline is very familiar and very personal. Many of the characters and the basic plot line for this film is based off my life, yep...my life and my own little love story.

Yeah I know I'm still only 17, but for any of you who have followed my tweets or taken the time to read a lot of my posts you might know I don't always act my age. In good way. At least I think so. :)

The outline is finished, so are the characters sketches. Now I wait.
Posted by Mahogany J. Slide at 1:21 PM No comments:

Ok so I'm guessing most of you who actively use twitter and trumpet this neat micro-blogging social network as much as I do have been asked that infamous question..."What good is twitter, I mean really!?"

Well I'll sit here for a few minutes and be the Twitter poster child. 4 months ago I was creatively floundering. Stuck in a rut between practicality and dreaming big. I wanted to be a filmmaker, pursue it with all I had...but I really didn't know anyone in the business. Spinning my wheels. Then on a whim, I joined twitter. After doing this my first thoughts were like "Cool, now I can follow the lead singer of Paramore (who has amazing hair btw), Owl City, heck maybe even Joss Whedon might be on..." for some odd reason filmmakers and filmmaking didn't immediately cross my mind. I guess I tweeted enough about movies and filmmaking Danny Lacey started following me and I realized "Whoa, there are like thousands of screenwriters, filmmakers, and all around movie lovers on here, sharing their knowledge with links galore, not to mention some of the just plain funny."


I've gained so much information about the field, made some pretty neat contacts, nerded out over the fact that my ultimate indie film-making hero (Chris Jones) is following me back(You made my day @livingspiritpix!)have the coolest Writer Pimp Angel EVER(@jeannevb YOU ROCK!) and have been featured on a popular writers blog, yeah ALL BECAUSE OF TWITTER.

So word of advice, if you wanna be a successful writer, entrepreneur, comedian, or pretty much anything, creating an account on twitter is totally with it. Build a fan base, people will start learning your name, what you stand for, what makes you tick, and best of all when you put out whatever project your working on, they will notice, which can only work in your favor. Get on Twitter and stay on.

Welcome to my humble abode...


Writing Abode from MJ Slide on Vimeo.
Posted by Mahogany J. Slide at 2:43 PM No comments:

The Subtext of Life

Much of our day to day existence is lived in the gray areas. A world with simply black and white situations would be rather dull don't you think? Wouldn't give us writers much to work with... As my journey into filmmaking continues forward I've come to learn that sometimes it's what is not said that is almost more important then what is said. The audience does not want you to spell everything out for the

m in minute detail, if that were so; they'd read an instruction manual, not go to the movie theater. Sometimes in my rich fantasy life I wish we all still talked as they did back in Jane Austen's time period. Rarely did one simply blurt out what one was really thinking. It was conveyed with subtle, but very specific words.

An example of the importance of what is not said, rather then what is said would be the recent development of a possible engagement my older brother is preparing for with wonderfully sweet girlfriend. It is a very delicate matter and its rarely spoken of in my household without a thin veil of the mundane interjected... Just this morning, I was sitting on the couch reading a book in our living room and my mother and said brother were standing in the hallway talking not 3 ft away. I was very aware of what was being said (like every good nosy sister would be) and they were very aware of my presence so the conversation went a little like this.

So I drove her home last night and of course I was a little distracted.

I can see why.

I glance up from Shot by Shot. They both share a knowing smile.

I kept looking for my keys and finally her dad pointed them out on my belt loop when he got her into the house. What can I say; it took me a little while to calm down.

Are we still going out on Tuesday?

Yep, I definitely want you there.

I finally decide to drop in my two cents.

Where you guys going on Tuesday?

Just out for lunch.

I roll her eyes and go back to my book.

Tuesday hasn't come around yet but when it does you can bet lunch isn't the only thing on the agenda. It's that sort of subtext, the information applied that makes an audience grin, or sigh or even tear up. Get that and you got something going for you. It won't be perfect the first time, but neither is life. 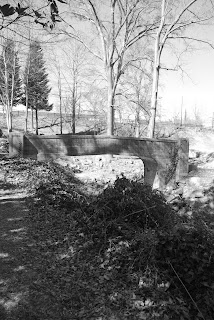 Location scouting started about a month ago for The Saving and its been an interesting process to say the least. Where I live in upstate SC parks are aplenty and so are train tracks, two main locations for my production. The hardest part is simply narrowing down my choices. Picking the location with decent lighting exposure, proper access, ease of getting equipment in and out, and most importantly a place my DP will actually want to shoot!

So whose MJ Slide really?

I talk indie filmmaking, my passion for making movies, where I've been, where I plan on going and how awesome the rest of my journey is going to be!

The Journey Begins! from MJ Slide on Vimeo. 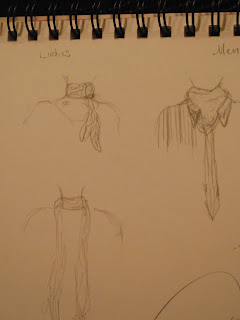 Scarves and what they symbolize play a major role in the overall feel and artistry of my short film The Saving so my costume designer and I are striving to get it right on the money...without spending a lot of money.

Its a work in progress but the key there is progress is being made. :)
Posted by Mahogany J. Slide at 9:28 AM No comments:

We all dream. Everyone has their own regrets, hopes for the future and the ones we love.
Posted by Mahogany J. Slide at 4:52 PM No comments:

Heroes and those they touch...

3 months ago, I felt like a was spinning my creative wheels. There's only so far one can get reading film books and then winging it from there. I needed some guidance and a little affirmation that filmmaking wasn't a worthless pursuit where very few actually succeed. And Then along came Bobby Shook and Jeremy Clayton(@burningsuns and @happymarmoset on twitter).

It only took one conversation and my whole filmmaking experience took a giant leap forward. They've taught me so much and I wouldn't be where I am now if wasn't for their help and care. So this is a shout out to you two!

Thanks so much!!
Posted by Mahogany J. Slide at 3:47 PM No comments:

Good Old Ben Franklin still seems to have a thumb in every facet of American's cultural pie. Or at least in my life he does. Some of you might be wondering what in the world a (the)Junto is? Its an establishment formed by a group of people for the purpose of debating questions of morals, politics, and natural philosophy, and to exchange knowledge of business affairs. Sounds like a pretty good basis for a film production company if I say so myself.

I've got a dear friend whose an Art Director over in Stockholm Sweden whose designing my logo at this moment and it should be ready in the next week. How do I "picture" Junto Ink?

You'll just have to wait and find out.
Posted by Mahogany J. Slide at 3:32 PM No comments:

So begins my story...

My filmmaking journey started a little over two years ago. I have been interested in the art of filmmaking since I was 11 or 12, but didn’t really pursue it because so many people told me it was too competitive of a market and I’d end up with not a extra penny to my sorry little name. So goes the starving artist persona. Since then I’ve gotten over the skepticism. I’d rather be broke and happy then stuck doing a decent paying job that I couldn’t stand.

I decided to give film-making a shot (bad pun intended) and made one 10 minute student film to enter into a local competition. I had no idea what I was doing. No idea at all. Needless to say I didn’t place in the competition and for a while I was discouraged but then it struck me, big whoop its one competition, you weren’t very prepared anyhow. So from that day forward I plunged in headfirst and started reading every filmmaking book I could get my hands (Chris Jones, Guerrilla Film-makers Handbook was one of the first) and making stupid spur of the moment practice film over the weekends with friends. For as many times I failed to create a stellar film I learned some new technique, be it how to properly shoot and direct actors.

For a while I struggled on my own until the Filmmaking Gods sent me the mentorship of indie Director/Producer/ Actor Bobby Shook. He’s my hero and got me off the ground and on the right track. At this point in my journey I’m well into pre-production for my debut short film entitled The Saving, a story about a an accountant who happens to share the dreams of the dead. He must try to prevent a young girl from committing suicide to escape the guilt of her mother’s murder. It’s been a long haul and it’s not even close to being done but I’m loving every minute of it.

Will join me on this journey? I can promise you, its gonna be a dozy!
Posted by Mahogany J. Slide at 3:32 PM No comments: