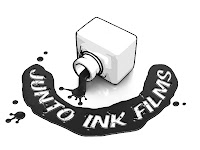 "THE SAVING" is a story of an accountant who through sharing the dreams of the dead must try to prevent a young woman from committing suicide to escape the guilt of of her mother's death.


The Saving, Trailer 2.0 from Rebecca Davis on Vimeo.

Mahogany J. Slide, a 18 year old independent filmmaker and native of Greenville SC who just recently embarked on her directorial career. Inspired by a lifelong fascination with art, writing, and self expression she took the plunge into the world of filmmaking, both feet forward. She’s a self proclaimed nerd, lover of classic and modern science fiction, and has a passion for quality filmmaking well beyond her years. 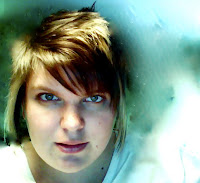 Rebecca Davis is a graduate of the Bard College Film department and also holds a Masters degree in Entertainment Business from Full Sail University. She has been making films for over a decade. In her spare time, you can find Rebecca painting, drawing, playing piano or accordion, and committing random acts of steampunk airship piracy. 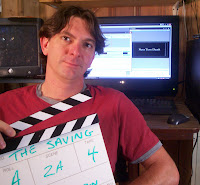 Before becoming a producer, Stuart Sabin worked as production assistant, assistant camera, gaffer, boom/mic, and more.  Now he uses his experiences to manage and produce.  His goal is to produce the best video while staying within budget and time.  His most recent experience is with the Will Ferrell movie - Talladega Nights - The Ballad of Ricky Bobby. 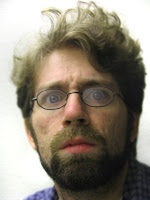 Timi Brennan is a high school dropout & chronic underachiever. As a writer/director of several independent short films he has consistently acted as his own DP and is proficient in doing a lot with a little. Though there is always something birthing under his banner, Magnolia Hideout Movies, he's habitually willing to lend a hand to his brothers & sisters of low-budget indie films. Staying behind the camera and below the line,Timi strives for perfection which is evident in his work as well as this mini-bio which he tried very hard to make sound third-personie. 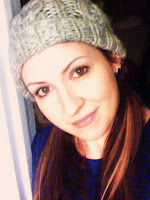 After earning a Bachelor’s degree in Graphic Design Apryl Snyder has more than 20 years of sewing experience. She specializes in period, quasi-historical, and movie replica costumes.
“I love clothing and clothing design. Period. But I’ve always been drawn to the clothing of bygone eras or clothing that sparks imagination... I love the way you draw out or highlight an aspect of your own personality, interest or dreams by simply donning certain clothing.”
www.trickortreatscostumes.com

Nathan M. Schilz is a film and television composer from Minneapolis, MN.  He operates under the company Studio Alethea Productions and writes songs under the pseudonym Electric Soliloquy.
He has been working on short films, relaxation music, and songwriting since early 2008, although his songwriting roots trace back at least 10 years.
www.nmscomposer.com 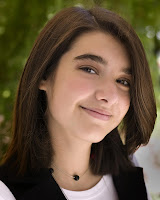 Having acted in numerous stage plays since age 5, 16 year old Stephanie Ibbotson is now actively pursuing a career in film acting, Skye Mattheus being her debut film role. You can find Stephanie in her spare time hitting up the court for a game of volleyball, performing on stage, and chilling out watching her favorite horror movies. Hitchcock FTW. 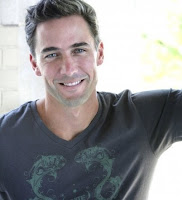 Patrick Hussion was raised in the shadows of Stone Mountain, east of Atlanta, GA, playing sports and collecting baseball cards.....pretty typical stuff. As a teenager, he began producing crude short films for his family....mostly composed of editing footage of holidays and family gatherings and setting them to sappy music (if someone in the "audience" cried, he considered it a huge success). Patrick has a passion for, not only studying films and the art of filmmaking, but also the acting methods of Sanford Meisner....the latter being a skill he hopes to carry over into a career on the BIG SCREEN!